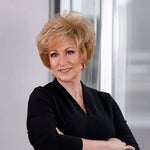 Heather L. Hutchens is Of Counsel in Bailey & Wyant, PLLC's Charleston office.  She is a native of Beckley and graduated from Wake Forest University in 1994 with a B.A. in English and Sociology.  She graduated from the West Virginia University College of Law in 1997.  Heather was admitted to the West Virginia State Bar in October of 1997.  She has also been admitted to practice law before the United States District Court for the Southern District of West Virginia.