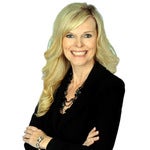 Prior to coming to Bailey & Wyant, she was the City Attorney for the City of South Charleston and then the Assistant General Counsel for the Department of Administration for the State of WV. She also held various positions at West Virginia Workers' Compensation Commission/BrickStreet Insurance. As a Member with Bailey & Wyant, her practice has primarily been focused on real estate and estate planning. Amy currently resides in Dunbar with her three dogs.