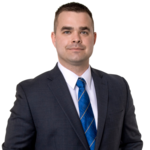 Since joining Bailey & Wyant in 2012, Daniel has represented clients from across the United States with their West Virginia litigation matters. Daniel has had the pleasure representing clients ranging from major corporations to individuals from his home county of Mineral County, West Virginia. Daniel practices in multiple areas of the law. Daniel prides himself in providing zealous and efficient representation to the clients he works with to obtain results for them.